What are you doing now? 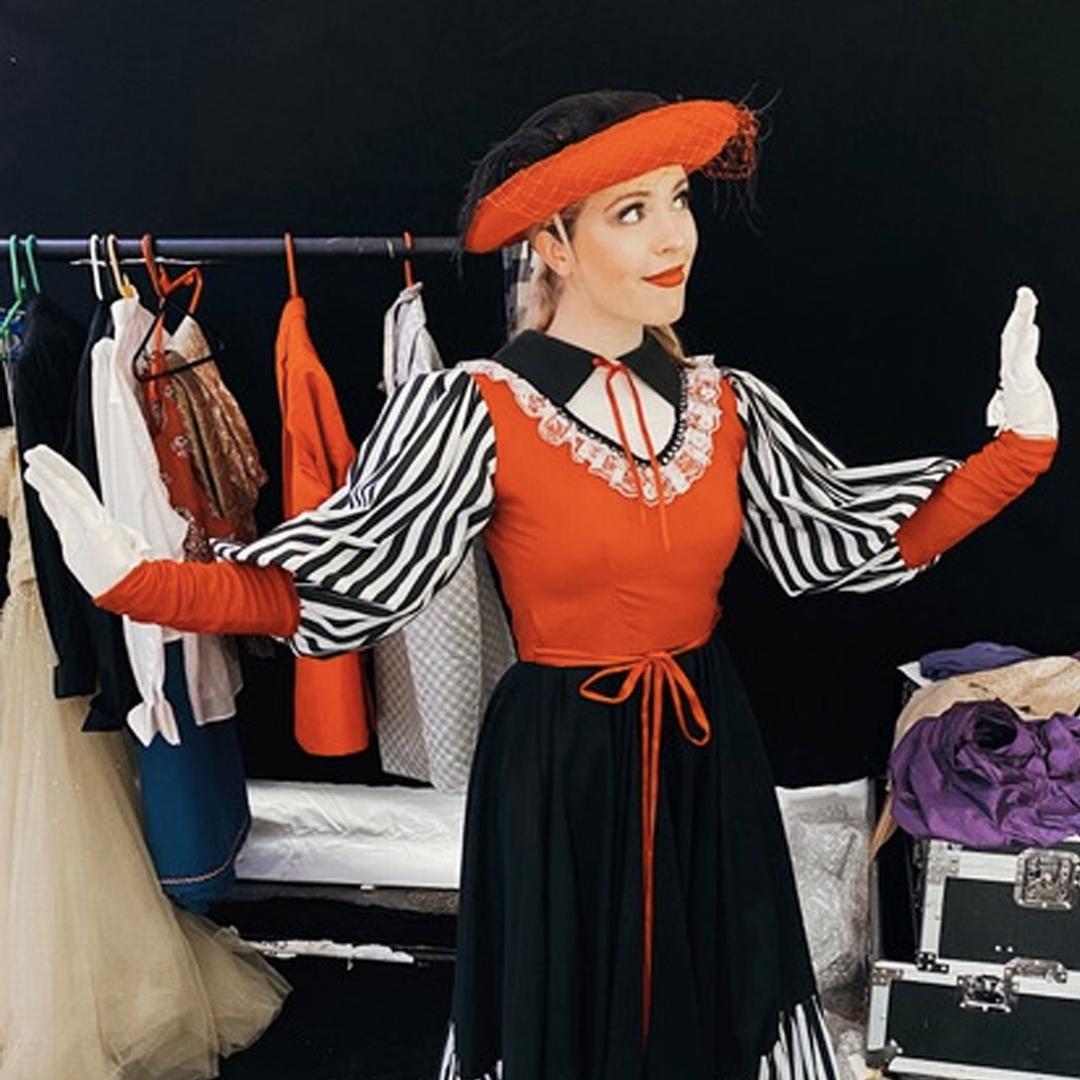 I’m waiting to start my one-year course in the Summer of 2021 at the London School of Musical Theatre to further my training as a performer, which I’m very excited about.

At the end of Sixth Form in 2017, although I was successful in one of my university auditions, I decided I wanted to give myself more options for my training by re-auditioning the following year and taking a gap year. I wanted to push myself and see if I could build my skills further in my year out by continuing to go to classes and working on my technique. I found the jump from being busy at school and performing frequently to performing a lot less challenging and lost confidence and motivation, which led to me not being as successful in the following years university auditions. However, every setback happens for a reason.

Feeling I had nothing to lose I attended an open audition for Peel Talent, a company that provides entertainment for cruise ships. I was successful and thrilled to be offered a job as a Showteam Vocalist! Despite not having any previous professional experience, I believe the performance qualifications I gained at school helped me to secure the job. I spent two years travelling around the world and performing every night. I honestly believe turning up to the audition was one of the best things I ever did… it completely changed my life! Professionally, the most rewarding part was getting to perform in front of packed audiences every night. Though rehearsals and the shows where challenging at first, they made me realise what I was capable of, and I consider my time with Peel as “training” as I learned so much and many new skills, as well as gaining confidence. I made friends for life and learnt new skills from them as well! Personally, the most rewarding thing was experiencing amazing places that I never thought I would ever get to visit, including the Caribbean islands, India, Malaysia, Thailand, Singapore, Greece, Italy, Spain, and Croatia… just to name a few! I’ve also sailed the Atlantic crossing twice - six days at sea in the middle of nowhere was scary but so exciting. It was worth it when we reached the Caribbean (my favourite place I’ve visited!)

I’ve always loved singing from a young age and had a love for the arts. I was lucky to have lots of support growing up, and I’m always grateful to my parents for taking me to singing lessons and musical theatre classes when I was younger. The experiences I had performing at South Craven really pushed me in the right direction, and to this day I’m still so grateful for the wide range of performance-based qualifications and courses they offer. Performing in school shows and classes made me realise this was something I wanted to take further. Support from my teachers assured me that performing is a valid career, and they pointed me in the right directions to pursue it. Being in the school shows inspired me - I had so much fun doing them that I couldn’t believe that one day I might be able to perform as my job! I also attended Stage 84 in Bradford where I took part in shows and performances that I absolutely loved. A stand-out moment for me was when I went to see Wicked at Bradford Alhambra in my first year of Sixth Form - it blew me away and made my mind up that I wanted to start auditioning for Musical Theatre courses in Higher Education.

Due to the pandemic I haven’t been performing much recently, however I’m excited to begin my training at the London School of Musical Theatre. I was very lucky to perform at Gisburne Park Pop Up last Summer as part of the Family Show cast. I’ve been taking part in online singing projects where possible to keep my singing going in these difficult times. I also had a part-time job in a pub (sadly not there at the moment). As a performer, sometimes you have to turn your hand to other things in between jobs, but it’s always worth it when you get the gigs in the end! Don’t give up!

What advice would you give to your 17-year-old self?

Stop stressing - you can’t be 100% perfect! You can’t please everybody all the time, just do your best and focus on yourself. I’d tell myself that I’m still young and have time to work things out and to grow, and don’t panic if it takes you longer than others to get to where you want to be.

I’d also say enjoy every second of Sixth Form as I miss my school friends and Performing Arts in school even now. Most importantly, I’d say have confidence in yourself and keep your head up high - you will get there one day!

What are you most proud of?

I’m most proud of how my confidence has grown over the past couple of years, which began at South Craven with school shows and class performances and has continued to grow whilst working. I still have a long way to go, but I would never have dreamed when I was in school that I would have the confidence to move thousands of miles from home for months at a time as part of my job on cruise ships.

I’m also proud of how far I have come with my singing and dancing. Even though I’m still by no means a dancer, I’ve worked really hard to improve and will continue to work hard doing so when I begin my training in London.